How Atlanta United Disrupted and Conquered

On March 11th, 72,035 fans packed the state-of-the-art Mercedes-Benz Stadium in Atlanta to watch Atlanta United FC defeat D.C. United 3-1 during this nationally televised Major League Soccer (MLS) match.  The score line was important as Atlanta United secured the first win of the very young 2ndseason for the club.  Just as significant was that Atlanta United broke the MLS attendance record…again.  In just over 12 months of existence, the three highest attendance records in MLS belonged to Atlanta United along with the league record for average attendance, which they broke in their inaugural season.  Combine that with off the charts merchandise sales, the signing of a globally recognized manager and reinventing how to build a team in MLS with young, exciting talent and you have an authentic story of business innovation.  Having all this success while some doubted them along the way is why Atlanta United is one of the best “startup” stories over the last few years under the leadership of club president, Darren Eales.

I had a conversation with Darren at a recent Disruptor Studio about his innovative approach to the launch of Atlanta United. The foundation for their success is something that could be applied to any business. 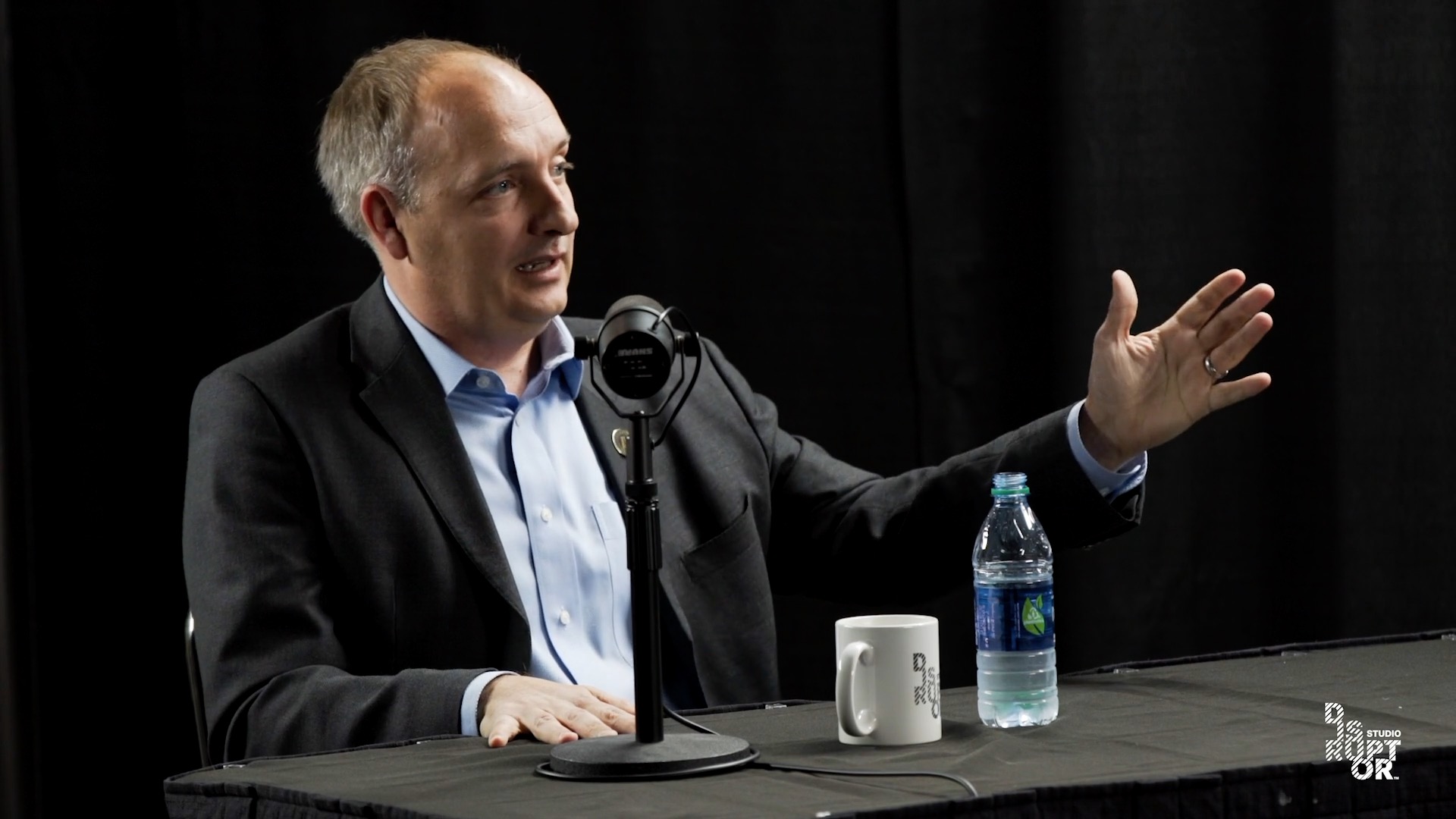 Having A Clear Vision

Having a clear vision and executing to that vision is key for any business to succeed and it was an important aspect of the success of Atlanta United.  Darren speaks to how he visualized what the club would be like down to the smallest details such as the kits (uniforms) and as broad as the style of play he desired.   He established three pillars for Atlanta United (winning team on the pitch, the best fan experience, and being in the heart of the community) and innovated around these pillars while remaining true to their vision.  This vision for Atlanta United provided Darren, and the rest of the organization, a true north that kept them focused on their strategy no matter what obstacles or challenges they may have encountered.

Any business or initiative is going to encounter unexpected challenges and setbacks and Atlanta United had its share as they were building the club.  When it was announced that the $1.5 billion Mercedes-Benz Stadium would not be ready until late into the inaugural season, Darren Eales immediately launched Project Lemonade.  Darren told his staff “There is nothing we could do about this now.  How could we turn this into something we could look back and say that actually helped Atlanta United’s launch?” The Atlanta United team gave additional tickets to season ticket holders as well as converted their temporary home at Bobby Dodd Stadium located at Georgia Tech into a unique environment that fans not only adopted, but also fell in love with.  By facing into a negative issue and being innovative on how to handle it, Atlanta United actually used this potentially negative issue to create a unique fan culture that carried into their move into Mercedes-Benz Stadium.

Darren and his team were very deliberate in making sure the experience they created for their fans was authentic and owned by them; not artificially manufactured by the club. By tapping in early to their biggest advocates and supporter groups, they were able to garner early input and support for many of the new traditions that shape the match day experience that impacts all fans.  The commitment to creating an authentic experience extended to making financial investments including buying out field level suites to accommodate the supporter section infrastructure and making sure the stadium is unique to Atlanta United (and not feel like they are secondary to the Atlanta Falcons) on match day in terms of signage, capacity and branding.  All these efforts have created a tremendous amount of loyalty and a unique culture for Atlanta United.

Being able to innovate established business models and challenge assumptions or negative narratives is critical when building a new business.  When Darren arrived to Atlanta, he had a vision to build the club in a way that challenged established methods on how MLS had built teams to date. From signing up and coming talent that would generate long-term value to hiring a foreign coach that was not from the MLS, Darren bucked many of the established norms within MLS.  He also challenged the narrative that Atlanta was not a soccer city and would not support a soccer club.  His conviction combined with challenging the status quo yielded tangible results in their inaugural year and continues to pay dividends.

Having an Entrepreneurial Edge

No matter if one is part of a large organization or a startup, having an entrepreneurial edge and drive is critical when challenging norms and launching something new.  It is clear Darren has the traits and passion of an entrepreneur.  When asked why he left one of the most established clubs in the world to come launch Atlanta United he said, “I love the idea of being a pioneer” and he wants to help grow soccer in America.  It is also clear that team owner, Arthur Blank, also inspired the innovative energy and drive of Atlanta United.  As a founder of retail giant, Home Depot, he has the expertise and leadership attributes to build a big business from scratch. With his entrepreneurial mindset, he made bold moves to establish and grow Atlanta United and gave Darren and his team the investment and confidence to move aggressively and innovate along the way.

Atlanta United is an incredible business success story that has taken the world by storm while pushing the norms of Major League Soccer.  Under the leadership of Darren Eales, the club demonstrated how to lead innovation not just in sports, but in any business.

Subscribe to our blog to keep up-to-date on Highwire, the Disruptor Studio, and other strategy and innovation news.